You are here: Home / Travel Guide / An endangered lemur that went missing from a California zoo turned up at a church playground 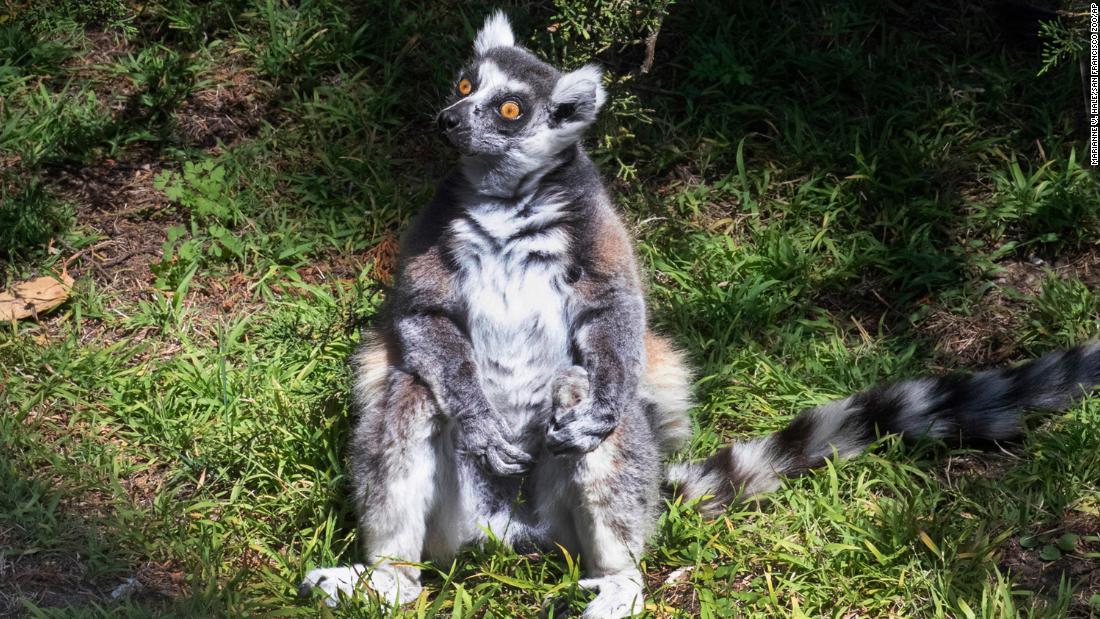 Maki, a 21-year-old ring-tailed lemur who wears a perpetually alarmed expression on his petite face, was returned to the San Francisco Zoo on Thursday. Daly City police found him nestled nervously near a church playground just 10 minutes away from the zoo.
Maki was believed to be stolen from the zoo overnight on Wednesday during a burglary, San Francisco police said, due to evidence of forced entry into his enclosure.
Luckily, on Thursday afternoon, a witness spotted Maki near the Daly City church and Daly City police captured and identified him, San Francisco police said. Maki was found in good health and returned to the zoo.
That witness, according to CNN affiliate KABC, was a 5-year-old boy.

James Trinh, a young student at Hope Lutheran Church Day School, spotted the lemur when his mother came to pick him up from school, his parents told the affiliate.

Sarah Riggs, a kindergarten teacher there, told KABC the lemur “was hopping around the play structure” before hiding in a plastic playhouse as his rescue neared.

Police haven’t made any arrests in connection with Maki’s abduction, and the zoo burglary investigation remains open.

Ring-tailed lemurs, with their signature black-and-white striped tails and black-rimmed eyes, are endangered in their native Madagascar. With an average life expectancy of 16 years, Maki’s considered a senior lemur, and he’s widely beloved by the keepers at staff at the San Francisco Zoo.
Before his recovery, the zoo had offered a $2,100 reward for Maki’s safe return — $100 for every year of his lemur life.

CNN has reached out to the zoo and to Hope Lutheran Church Day School for comment on Maki’s return and is waiting to hear back. According to KABC, Maki is in the care of veterinarians.